I believe that we must distinguish between two analytical levels: Reporting on the facts and tactics used by the parties involved, on the one hand, and lasting and strategic consequences for the US political system, on the other.
Regarding tactics, the situation is quite dynamic, and legal specialists are essentially divided on what the American Constitution would allow, especially regarding the legal loopholes that Trump's supporters would like or simply could use to try to reverse the situation on the ground. A likely and highly risky scenario for the Biden-Harris ticket is that Trump's campaign operatives could be able to force the adoption of what is established by the Amendment 12 of the US Constitution whereby the states through their members in Congress will choose the president and vice-president based on one vote per state. Most probably all of this would result inevitably in a victory for the Republican side as they control the majority of State delegations in Congress. And if for any reason, Congress couldn't choose a president by the fourth day of March 2021,the vice-president-elect or designated by the Congress, that is, either Mike Pence or Kamala Harris would become president until the next presidential elections.

Obviously, a similar scenario would push the country towards a serious political and institutional destabilization with unimaginable consequences ... Just to give you an idea of ​​the significance of all this, in a similar situation California with 40 million population will see its political weight on the federal stage reduced to the level of a small State like Vermont with just around half a million souls ... I leave it to you guessing how long this situation could continue before strong uneasiness and potentially secessionist pressures emerge...
As for the lasting and strategic consequences, the current circumstances could already be considered as the first significant phase of what could be called an 'institutional delegitimization', which is obviously very different from a simple 'institutional crisis'. Below I'll explain why:

One of the main aspects of the results of this presidential election, which spin doctors and analysts on both sides do not want or do not like to consider is that a high percentage of the votes cast was not 'for a candidate' but 'against a candidate'. Many of the votes given to Biden (by millions like me, for example) are simply votes against Trump and his 4 years of empty promises and utter incompetence, while a very large number of the more than 70 million votes given to Trump must be seen as protest votes against the same old same old policies of the democratic establishment represented in full by President-elect Biden.

In other words, American voters have once again had to choose between 'bad' and 'worse' during a campaign degraded to a pure political circus and now with the serious risk of becoming a creeping coup d'état with severe outcomes for the democratic norms and institutions of our country. All this, in the best of cases, simply means that in 4 years we will find ourselves in the exact same electoral situation with the same or with some new candidates but certainly with even deeper and more pressing unresolved social and economic disasters.

But what should worry us a lot more is the emerging institutional delegitimization arising from the fact that, regardless of who will succeed as president in the coming weeks and months, half (between 70 and 80 million) of voters will consider him an illegitimate president, that is, a sort of coup plotter president (golpista) even though he came to power without the intervention of the military. I leave it to you to imagine the kind of destabilization we could experience in the coming months and years ...

Yet the most worrying issue is that while in the ranks of the Democratic Party there are still no compelling, charismatic and unifying figures with forward-looking political programs at the height of the situation of economic and social crisis in the country, in the ranks of the Republican Party we can already and clearly distinguish influential figures, extremely demagogic and thoroughly reactionary, who are in many ways, I would say crypto-Nazi (I use this label with theoretical rigor, and not as a political insult) with frightening authoritarian plans to scare both nationally and internationally. Some of these MAGAist wannabe strongmen such as the current Secretary of State Mike Pompeo (this list should include others like Sen. Ted Cruz, Sen. Marco Rubio, Sen. Tom Cotton, Gov. Ron DeSantis, Sen. Josh Hawley, etc.) have already launched their de facto bid for the next presidential elections either as a conceivable outcome of the full application of Amendment 12 of the US Constitution, or just according to the normal election schedule of 2024.

In either case, the whole situation looks extremely worrying,  and primarily for those who are sincerely concerned about the future of freedoms and democracy in our country.

October 30, 2020
If you still think that Nazism was a bolt from the blue and that Hitler and his gang were parachuted from another planet, think again. Watch Hitler’s Circle Of Evil to learn how Nazism has grown deep through the German democratic institutions with significant financial support by the usual "hidden hands" to become one of the major nightmares of the XX century that left behind 55 million dead. This documentary is a crucial wake-up call for those wishful thinkers who still dream that the US, and more in general the Western democracies, are vaccinated against such a risk. Just carefully watch the documentary then try to put in perspective many US administrations since the end of World War II, in particular the current Trump's administration. You would be damn surprised to find out that Germany indeed lost the war but Nazism as ideology in its deepest criminal plans continued to our days...underneath... and that it can reappear publicly on the political scene anytime. The Cor
Read more 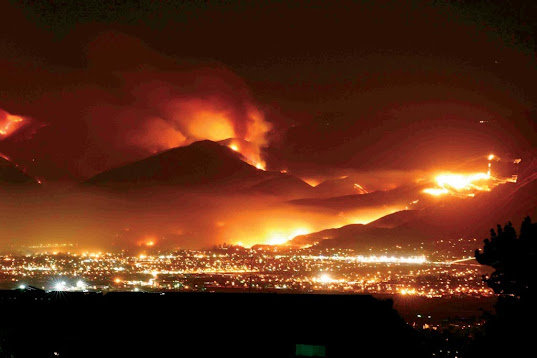